🔥 Need a Rock star Discount? — Lets sign up now & Get 15% discount on your first purchase 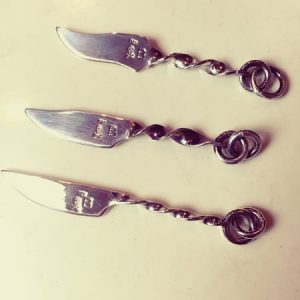 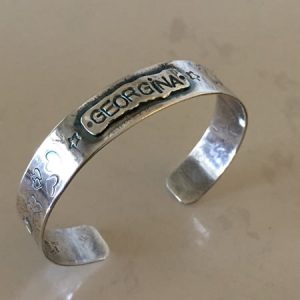 You get to choose your brand of swashbuckling dagger style!

Do you want to be the Buccaneer? The Corsair? Or the classic Pirate?

Each one is dangerous and designed to make a bold statement.

Bamtastic Silver treasure is handmade and hand finished. Please allow up 2-3 weeks for shipping of some pieces.

If you have a deadline or have any questions, please contact us!

You get to choose your brand of swashbuckling dagger style!

Do you want to be the Buccaneer? The Corsair? Or the classic Pirate?

Each one is dangerous and designed to make a bold statement.

If you want the collection, message me and I’ll give you a killer discount!

**** You can customize this with initials on the back making it an amazing gift! ****

The Silver Dagger Pendant wearer has a long history….. READ ON…

BUCCANEER
Originally hunters of cattle and pigs on the island of Hispanola (now Haiti and Dominica), buccaneers got their name from the French word boucan which means barbeque. This was because of the way they barbequed their meat on grills. Driven out by the Spanish, the hunters joined the groups of runaway slaves, deserters and others who preyed on the ships of the hated Spanish. These buccaneers called themselves “The Brethren of the Coast”.

The buccaneers established their headquarters on the little island of Tortuga. Later they used Jamaica as a base of operations. One of the most famous buccaneers was Sir Henry Morgan. Under his command five hundred buccaneers from Tortuga and one thousand buccaneers from Jamaica captured Panama in 1671.

PIRATE
The word pirate simply means one who robs or plunders at sea. Piracy is a term for sea-robbery. They are associated with daring deeds on the Spanish Main, with rakish black schooners and exotic tropical islands and sea chests overflowing with gold and silver coin.

Over the years many stories have been told and fact has merged with fiction. In reality seamen who resisted a pirate attack were commonly hacked to death and thrown over the side. The plunder was not usually chests full of doubloons and pieces of eight, but typically a few bales of silk and cotton, some barrels of rum or tobacco, spare canvas for sail, carpentry and navigation tools, food or medicine, and perhaps a half dozen slaves.

CORSAIR
These were pirates or privateers who operated in the Mediterranean. The most famous were the Barbary Corsairs from the Barbary Coast of North Africa who were authorized by their governments to attack the shipping of Christian countries. Among these states were Morocco, Algiers, Tunis and Tripoli.

One of the most famous Barbary corsairs was Barbarossa.
The Barbary Corsairs intercepted ships traveling through the Strait of Gibraltar or coming from the trading ports of Alexandria and Venice.They looted their cargos, captured their passengers and crews, and held them for ransom or sold them into slavery.

Made from recycled .925 sterling silver.

This pendant comes on a leather thong.

::: This item is custom made to order and will ship usually 10-12 days of purchase. (Typically sooner.)

If you”re in the US, your item will be shipped Priority Mail.

Outside the US, your item will ship First Class.

All pieces are packed with loving care and protection to make sure it will arrive ready for you to wear and love.

There are no reviews yet.

Shipping available for all countries